Each audience member is given a mobile device with preloaded binaural audio tracks. As they put in their headphones, they are surrounded by a 360-degree soundscape that creates an immersive environment. The things they hear are layered onto the spaces they can see. Here, the performance layers the past of Center Stage’s building, which used to be a Jesuit school, onto its present as a theatre occupying this historic building. Below is the audio, originally recorded in situ at each site of the performance, that was played synchronously on each audience member’s mobile device. Please listen with headphones:

In “I Will Stay,” there are two layers of theatrical performance: first, the live performance with actors in the physical building of Center Stage and second the audio performance that is synchronized with the physical actors in the space. As these two layers interact, they challenge the perceptions of the audience, who often don’t know if what they hear is taking place in the physical space or over the headphones. Participants are lead through the Pearlstone theatre, where they hear construction happening, through the hallways of the dressing rooms where actors prepare for a show, and are then confronted with Jesuit schoolteachers, whose dialog comes through the headphones even through they are live actors walking passed them. The audience follows them to the costume shop, which was once the school’s library. Participants then meet Dante, a larger than life drag performer. They never see Dante in person; instead, all of his dialog comes through the headphones as the actor playing the costume designer interacts with him, taking his measurements. A Jesuit librarian interrupts the fitting to ask Dante to quite down in this library space. Past and present collide in a climactic battle of song. Below is a video following the audience members (limited to ten people each walkthrough) as they hear both the audio track and the live actors interacting with those tracks: 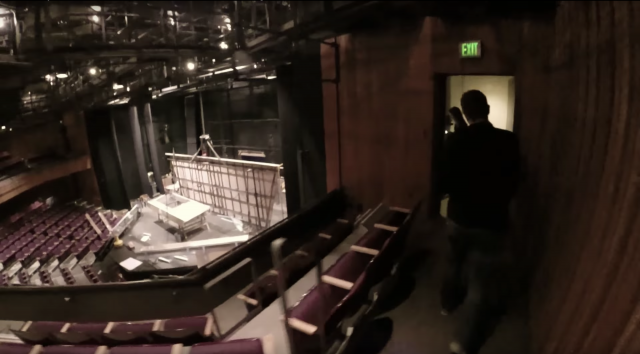 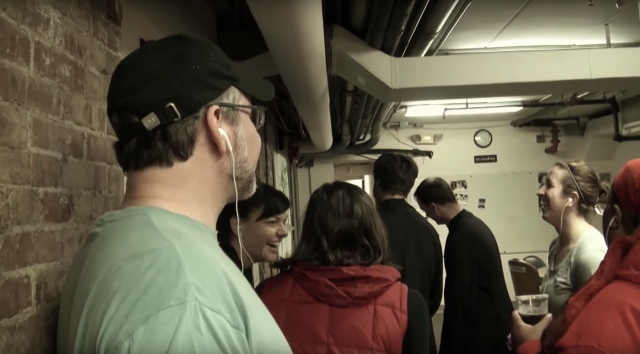 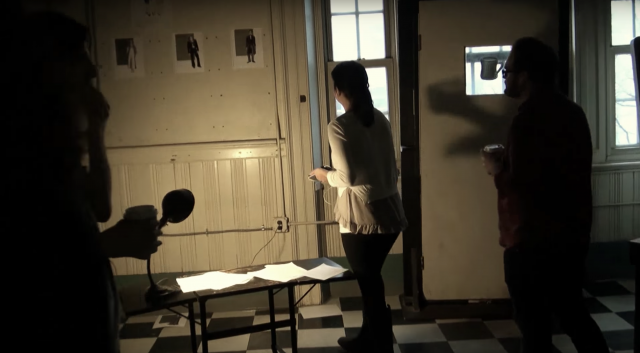 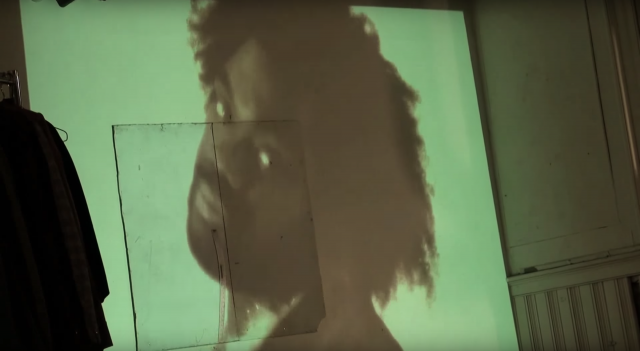 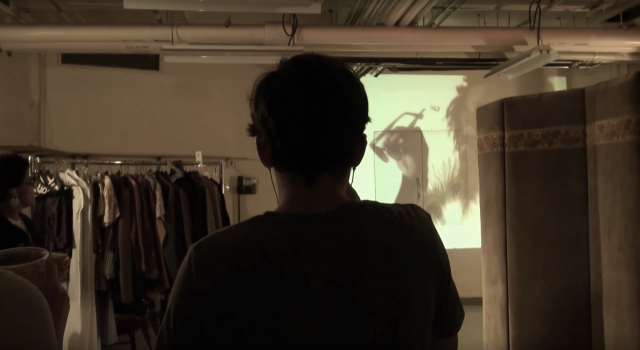 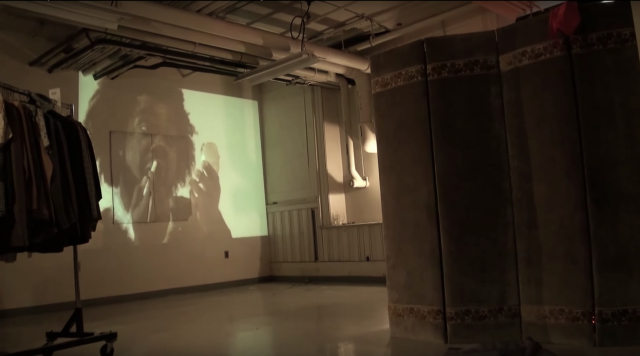 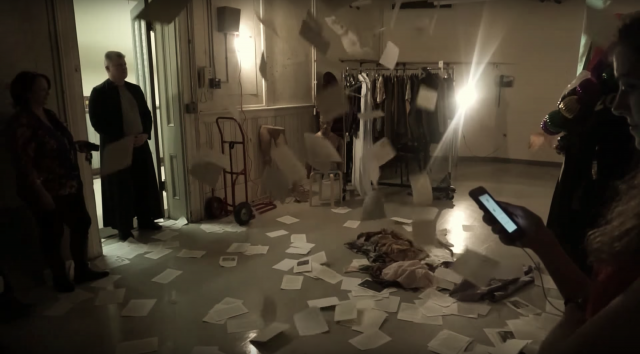 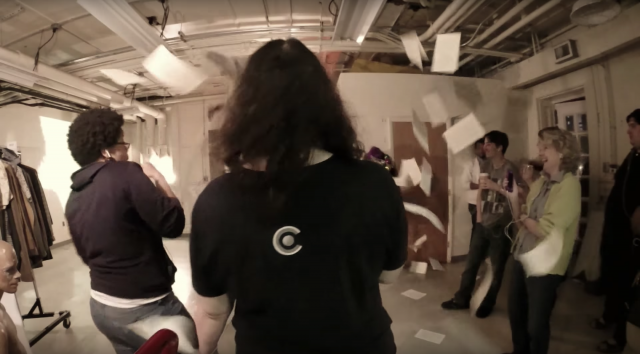 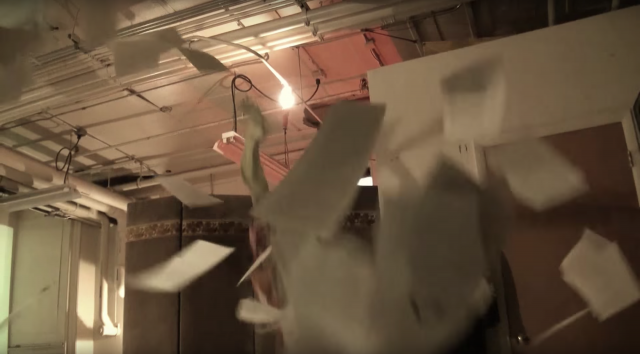 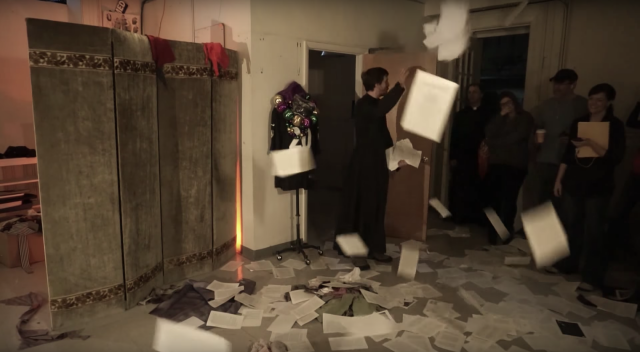 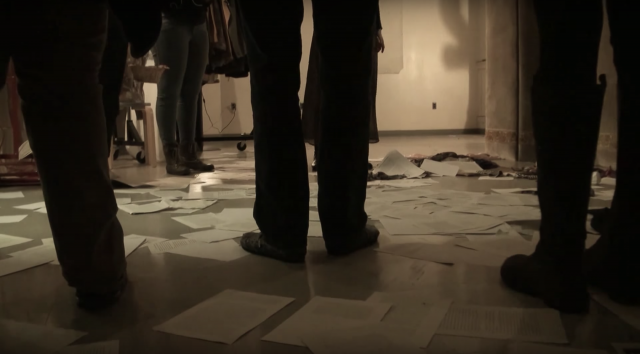